If you came to me and told me that the NFT and Crypto craze was a flash of fad that has gone to the point of relative obscurity, there is a large part of me that would have to agree, at least where some NFTs is worried. There are sectors of the blockchain space that have fared poorly, and in the case of the recent catastrophic failures of popular exchange FTX and asset lender BlockFi, it can sometimes feel like the risk is disproportionate to the reward of a monkey image. Then we have a separate sect, blockchain gaming, where in some places we see massive losses, like what happened in Axie Infinity hack, while at the other end of the spectrum we see thoughtful, more traditional cash store methods with a blockchain-based market like Blanko’s Block Party.

To paraphrase Forest Gump, Blockchain Gaming is like a box of chocolates, you never know what you’re going to get. Despite some extreme obstacles to the emergence of blockchain games, there are still companies competing to build real games, but with the use of blockchain. Infinite fleet is one of those games. Recently, Infinite fleet has pushed their game into the next phase of development, opening up the game to new players through free-to-play, where current players will be able to invite up to 100 of their player friends. The new players can then join and play without having to buy a ship. They will get non-NFT ships to play, as they travel the galaxy, mining resources and fighting Atrox.

Infinite fleet is a unique game that stands out from many other blockchain games in development, due to its insistence on starting with a well-made, fully featured, playable game as a base, but built with blockchain. The team at Pixelmatic wants players to play the game, so their currency $INF will not be available for purchase, but only earned in-game, and needed for player-to-player trading. However, the question remains, is it entirely possible for blockchain to work in MMO games? Pixelmatic CEO Samson Mow provided the following guest article to explain why blockchain has failed to this point and how Infinite fleet aims to make it better. Mow’s pragmatic view of blockchain stands in stark contrast to many GameFi and NFT game developers who believe that Tokenomics is a game feature in itself.

The following is an article detailing Mow’s thoughts on how blockchain games have failed to this point, and how Infinite fleet seems to change that:

Why most blockchain games are terrible

Studios are trying to incorporate blockchain technology into games to cash in on the hype, but they’re missing the point. Cryptocurrencies do not make games more fun to play.

To play most blockchain games, you need to buy tokens and then their NFTs. Due to the target market of crypto investors, blockchain games are usually designed as gamified investment tools. Consequently, everything has a price – and often a high one. 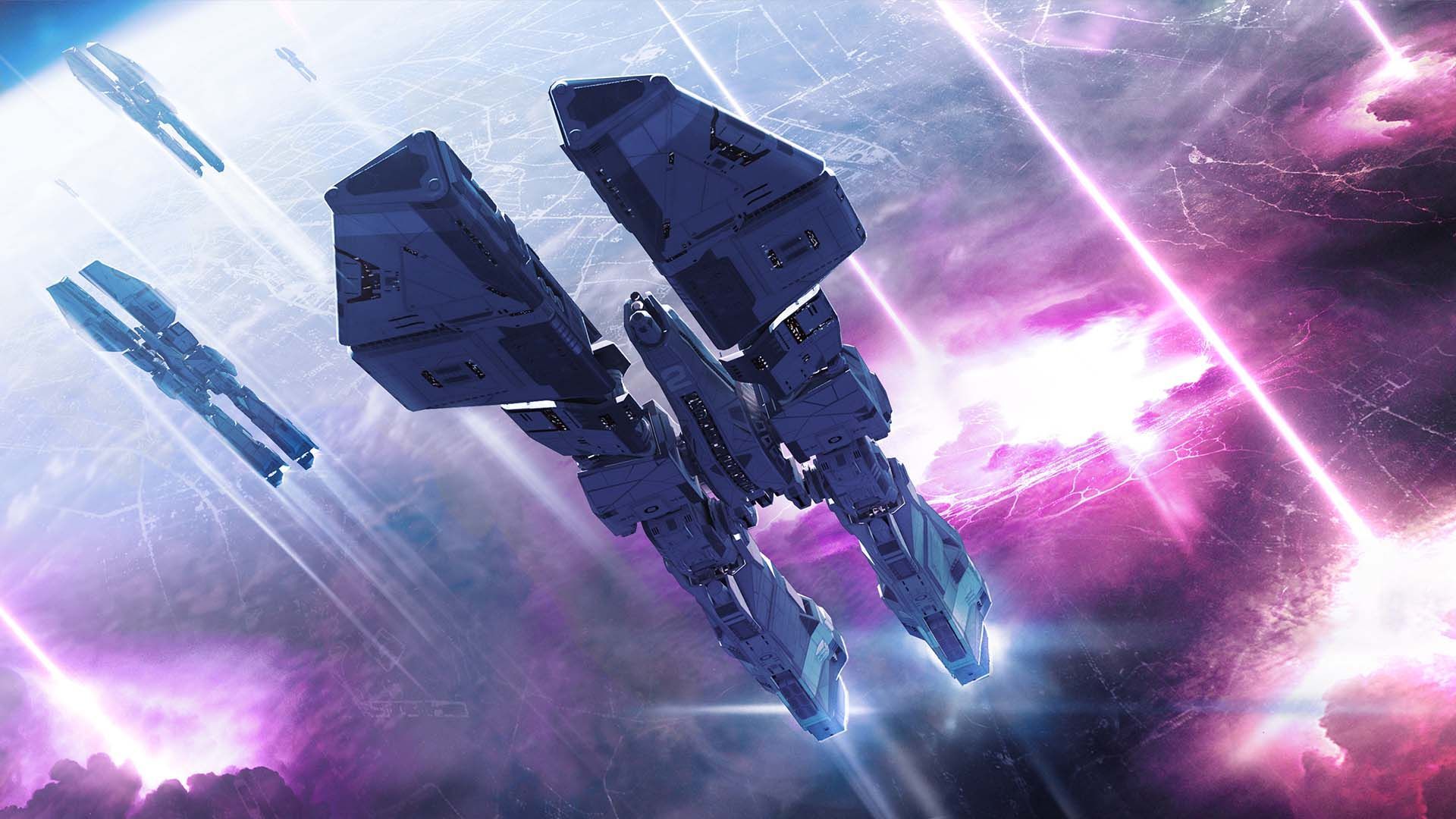 Getting in early and cashing out at the top is the typical strategy for making good money with blockchain games. As with a Ponzi scheme, latecomers tend to lose money.

Developers realize this, so they build fast, trashy games that only last a few years (if that). This is why most blockchain games look like browser-based games from the early 2000s. This is a predatory income model that works well for early adopters and VCs.

Blockchains may have practical use cases, mostly to facilitate financial transactions or trustless barter, but are not very practical outside of that scope. Blockchains are inherently inefficient and do not scale well – they are best at settlement.

For fast transactions, we have Layer 2 technology that can sit on top of Bitcoin (note that Bitcoin is the only truly decentralized blockchain) allowing for faster and cheaper transactions.

Moreover, bitcoin offers a simple use case: storing and transferring huge amounts of value over the internet without centralized control. No one can stop you from sending value across the globe. 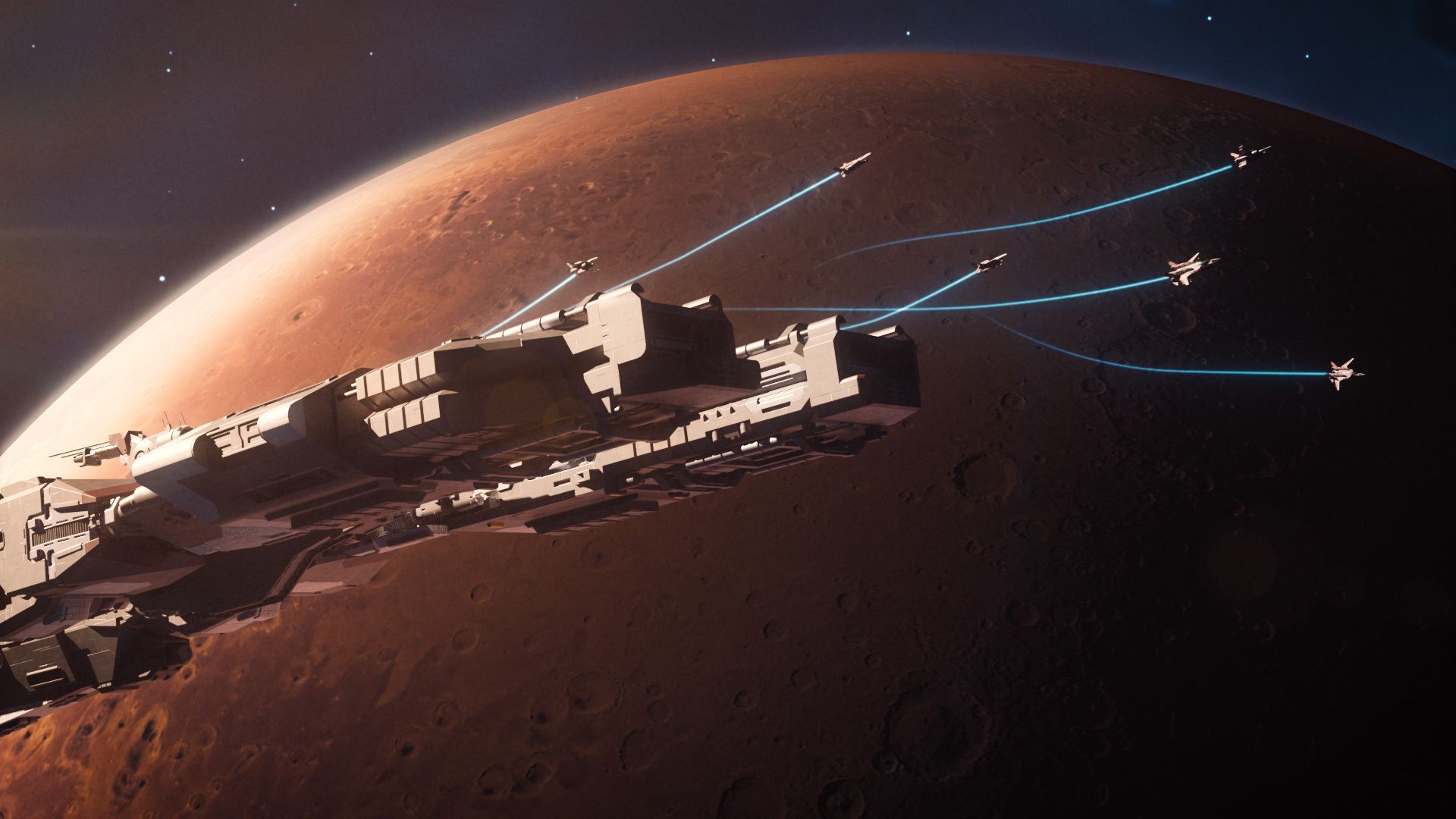 While traveling abroad, have you ever had your bank freeze your card or stop a transaction? How many times have you had to go through Paypal’s annoying verification process when they updated their terms?

A deeper look at Bitcoin reveals how it is essential to protection and self-sovereignty.

Consider the current conflict in Ukraine. As a result of the war-induced sanctions, how many average Russians have had their transactions halted? In how many cases have Ukrainians fled without having access to their savings? Bitcoin is very good at fixing these problems. If you have your Bitcoin wallet’s private keys, you can take your wealth with you anywhere.

Let’s look at why games can benefit from this feature.

A feature that can be created very well with blockchain

As an ex-Lineage 2 gold farmer, I know there is a market for it.

Players regularly pay for power leveling and in-game currency, but this can be risky! Secondary trading is usually against a company’s T&Cs, so you can get yourself banned if you’re not careful.

Putting so much trust in other players is also very dangerous. After you pay them, they can easily disappear with your money.

Bitcoin solves both of these problems.

The Bitcoin protocol is decentralized, so no one can stop two people from trading Bitcoin p2p. The same can apply to game resources too! 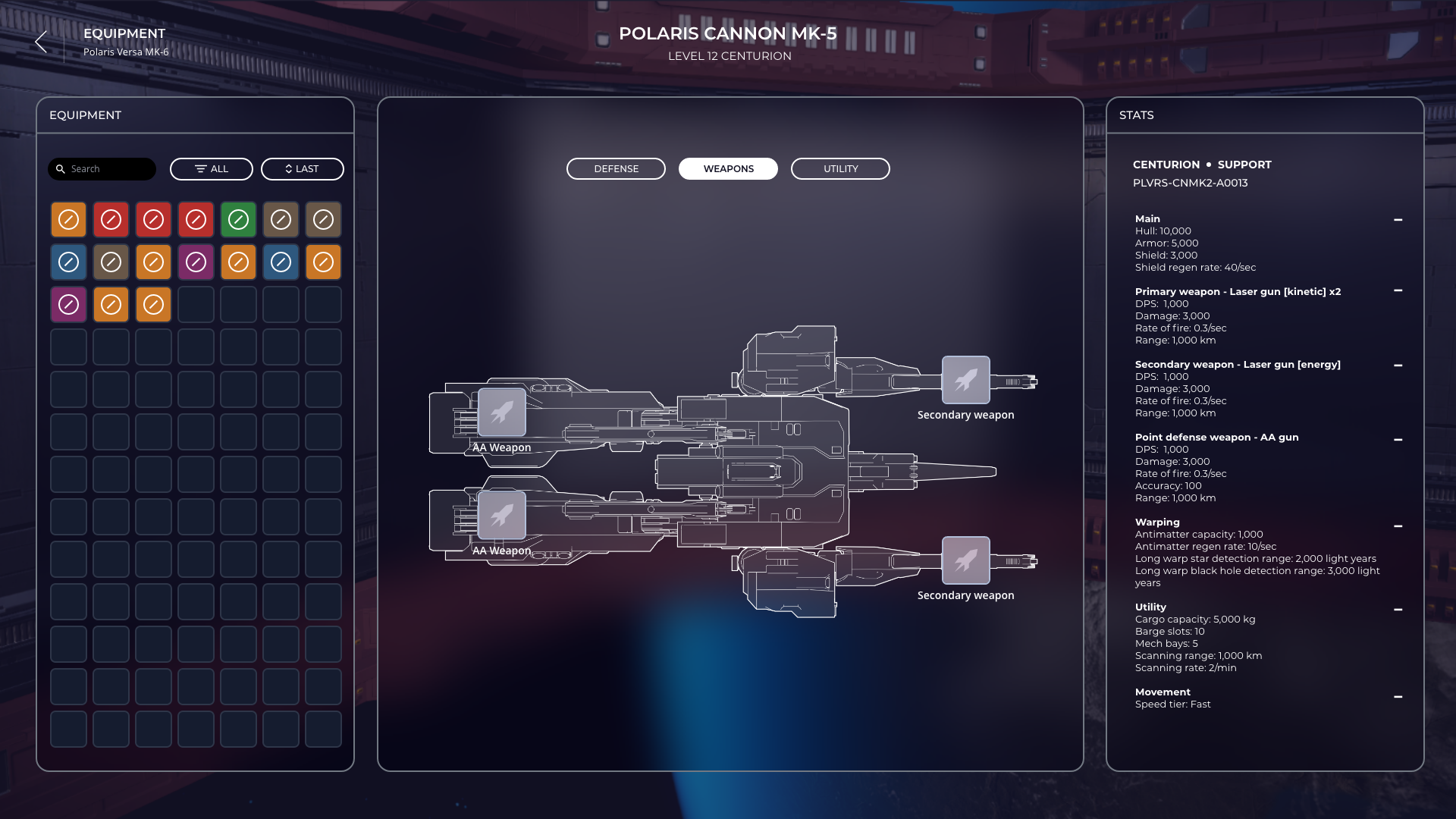 Embracing open markets so players can trade without permission is where I see the greatest potential for blockchain in gaming. NFTs have no effect on gameplay, but they do affect what it means to buy a digital item.

NFTs (non-fungible tokens) are simply a token, or a kind of receipt, of an asset. Using the Infinite Fleet as an example, I envision our NFTs as keys to our starships. The spaceships are stored centrally in the game database. However, the keys can be traded anywhere without our permission.

It is possible to exchange real money with other games as well. The difference is that you always risk being shut down by the studio. Even if your account is banned in Infinite Fleet, you can still trade your NFTs.

Essentially, it’s a free market ethos, and bitcoin facilitates this through its battle-tested protocol.

In order to stand out from other studios, we decided to do something unique. We decided to take Bitcoin’s simple yet powerful use case and apply it to our game.

Infinite Fleet uses the $INF currency to facilitate the P2P trading of NFTs. You can’t buy it from us, you have to earn it by playing.

We have a model called “Proof of participation”. In Infinite Fleet, you will be rewarded for taking part in the game.

Our belief is that the finances of Infinite Fleet belong to the players; we do not monetize $INF in any way.

During an atomic swap, transactions occur simultaneously or not at all, eliminating the need for trust. Both parties must complete their sides of the transaction or the deal will fail. The trade will be completely secure, so you don’t have to worry about fraud.

You can trade Polaris Versa MK-1 for $INF tokens without trusting the other player – or even us. Shop on Telegram, a forum, Whatsapp, in person or wherever you want! 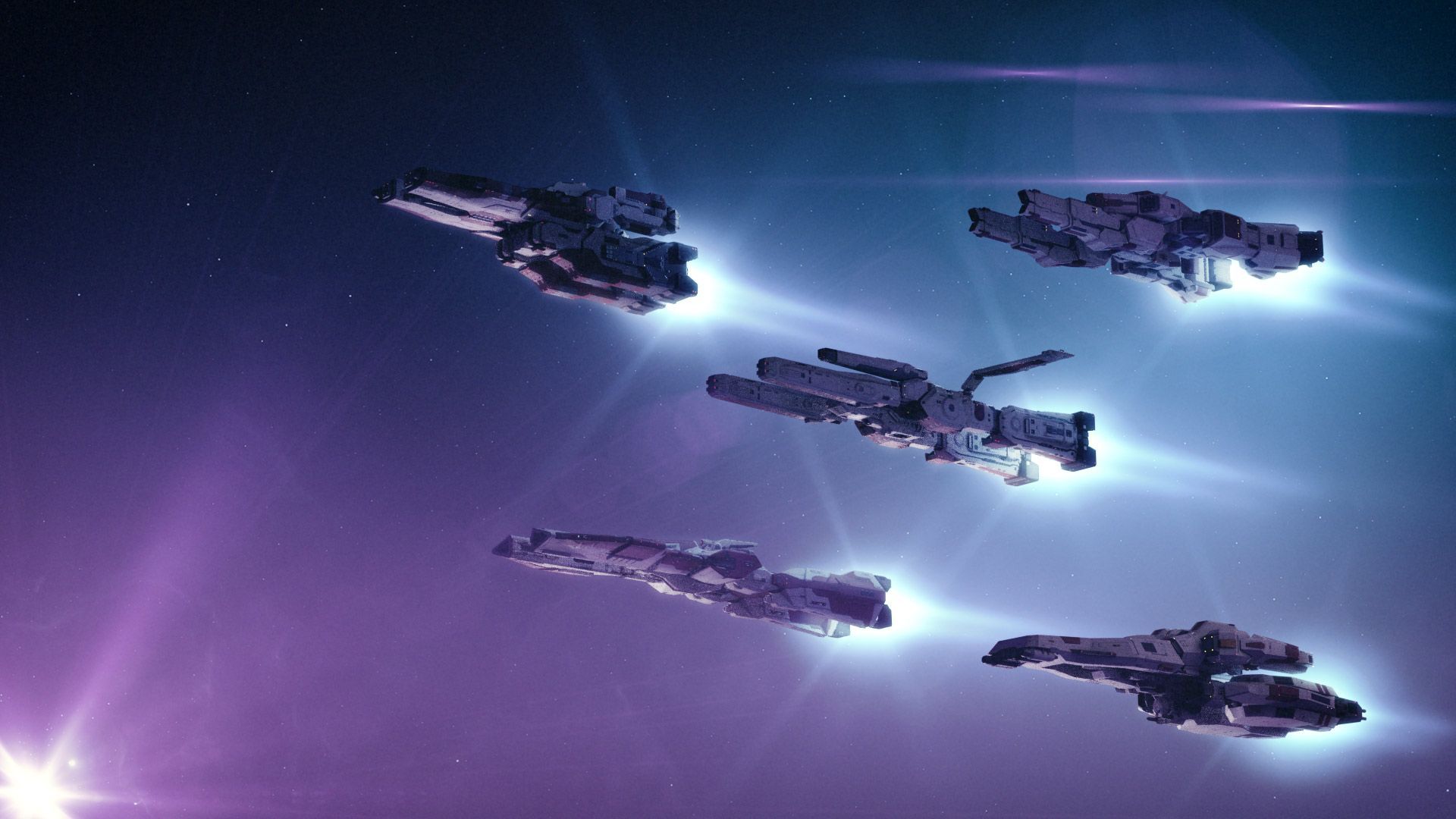 Take some time to think about it. Our marketplace helps you trade items, but you don’t have to use it. You can use any platform you want.

There is no argument that blockchain improves gaming. If blockchain game studios don’t build great games that players want to play, they won’t succeed (depending on their success criteria). However, players are given the freedom to trade freely with the digital goods they have earned.

The blockchain is used for Bitcoin. It exists only for this technology to provide the freedom to hold and trade value without a third party.

Altcoins can sell you “real ownership”, “metaverse”, “web3” and all the other buzzwords, but blockchain technology will not revolutionize the gaming industry, only good games can. What it can do, however, is allow players to trade their digital goods however they want.

We thank Samsom Mow for giving us his thoughts on blockchain and his insight into the philosophy behind it Infinite fleet. We look forward to seeing how the game shapes up in the future.