Premier League fans were treated at the box office as Manchester City beat Liverpool in the Carabao Cup just days after the World Cup final.

The two giants clashed at the Etihad Stadium with the hosts knocking out the defending champions to secure progression to the next round.

The game was characterized by temper tantrums with both sets of players almost coming to blows. With Manchester City leading 3-2 in the 77th minute, Rodri was hacked down by Fabinho.

Rodri responded by pushing Fabinho before captain Ilkay Gundogan stormed in and pushed Fabinho to the ground. 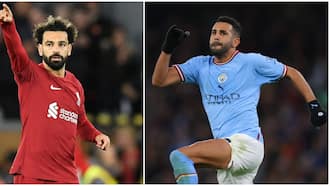 Exciting feature: Check out the news exactly for you ➡️ find the “Recommended for you” block and enjoy!

As Daily Star reports, it threatened to devolve into a full-fledged melee, but the players quickly regained their composure as both Rodri and Fabinho went into the book.

Sports Brief had earlier reported that Nathan Ake’s header proved decisive as Manchester City knocked holders Liverpool out of the League Cup in a dramatic 3-2 win at the Etihad Stadium on Thursday.

This round of 16 marked the return of two of English football’s heavyweights to competition after the World Cup break, and their final meeting was a high-octane affair.

Premier League champions City twice led through Erling Haaland and Riyad Mahrez, only for Liverpool to waste little time leveling the tie thanks to goals from Fabio Carvalho and Mohamed Salah. 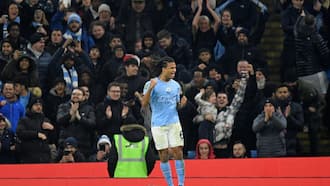 Erling Haaland is coming back

City will now play Southampton in the quarter-finals as they try to reclaim a trophy they lost to Liverpool last season.