As the maritime industry faces an increasing risk of fouling below the waterline, the new combination of existing, approved sediment solutions is essential to ensure that today’s sediment coatings meet tomorrow’s fouling challenges.

I-Tech AB, the developers of the sediment biotechnology, Selektope® and the global specialty chemicals company LANXESS have successfully combined their respective sediment technologies for the first time with promising results.

Static tests of sediment coatings containing Selektope and the SEA NINE™ family of biocides were carried out in several marine environments worldwide with different biofouling risks. Positive results achieved have provided proof of concept. In addition, a data pool of coating formulations has been developed that can be used by bottom coating manufacturers to support the testing of new combinations of existing, available biocides without the need for initial R&D exploration activities.

Bottom coating is the first line of defense against the accumulation of biofouling on ship hulls and niche areas. Continuous protection of the underwater surface of a vessel that may have variable operating patterns and transits in and out of varying biofouling risk zones for up to five years is very difficult. 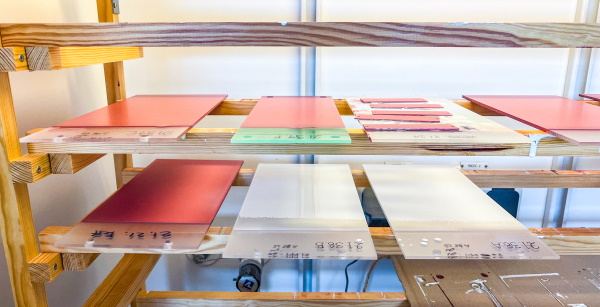 Coating systems using biocides are the most common type used today. However, the number of approved biocides available to paint manufacturers has decreased significantly over the past decade. It is therefore important to find new ways to combine existing biocides. Collaborative R&D efforts between biocide suppliers play a key role in supporting the optimization of future bottom coating technologies by providing proof of concept and initial R&D findings. This can enable coating manufacturers to fast track product development and improve bottom material performance.

I-Tech’s technology, Selektope® and LANXESS’ technologies, SEA-NINE™ 211N and SEA-NINE™ ULTRA belong to a rare set of active agents approved by regulatory bodies in leading nations for ship repair and shipbuilding markets. This joint R&D work carried out by I-Tech and LANXESS represents the first time these solutions have been used as co-biocides in marine bottom coatings.

Selektope® is an organic, non-metallic biocide that prevents hard fouling. It repels brackish larvae from a coated surface with a non-lethal effect using a new biotechnological approach achieved with the active agent medetomidine. Through natural receptor stimulation, the swimming legs kick the bark larvae at a higher frequency, preventing them from attaching to the coated surface.

The LANXESS SEA-NINE™ family is based on the active substance DCOIT which has a broad spectrum of antimicrobial activity with special emphasis on the prevention of soft fouling. SEA-NINE™ 211N contains 30% DCOIT. It was launched in 1986 and is used in many premium paint products. LANXESS will commercially launch a new marine demersal agent under the SEA-NINE™ product family in 2023. SEA-NINE™ ULTRA contains 80% DCOIT in a rigid core-shell encapsulation format to ensure controlled delivery of the biocidal active substance DCOIT during the service life of the demersal agent.

Over the past twelve months, I-Tech and LANXESS have worked together to develop active ingredient compositions consisting of varying concentrations of Selektope®, SEA-NINE™ 211N and SEA-NINE™ ULTRA with other commonly used ingredients for marine sediment applications. Thirty-five paint formulations with twelve month lifetimes were developed and deployed in static test environments in the Caribbean, Eastern North Sea, Northern Mediterranean and Sea of ​​Japan.

After six months, all the test paint formulations had performed as well or better than the commercial paint references. Formulations containing SEA-NINE™ ULTRA (2%) and Selektope® (0.1%) showed excellent performance at reduced total biocide concentrations.

Dr Markus Hoffmann, Technical Director at I-Tech comments: “This year the I-Tech R&D team is reaping the results of many successful collaborative projects carried out with other developers of sediment technology. We believe this is the only way forward as we try to ensure that our technology helping the maritime industry tackle growing biofouling problems Biocidal bottom coating is here to stay and at I-Tech we are invested in ensuring that the technology available now can be used to best effect in the future by proving performance across as many different potential use scenarios as possible.”
Source: I-Tech