Lionel Messi has confirmed he will make his final World Cup bow when Argentina face either France or Morocco on Sunday 18 December.

Messi inspired Argentina to the 2022 Mundial final, providing a sublime assist as he scored a thunderous goal from the penalty spot as Argentina beat Croatia in the semi-finals.

After suffering heartbreak in the 2014 final against Germany, the 35-year-old will want to bow out of the global showpiece in grand style as he bids to bring Argentina their first World Cup title since 1986, ESPN notes. 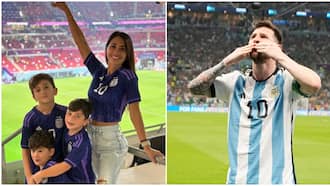 The Paris Saint-Germain superstar, playing in his fifth World Cup, stressed that Sunday’s final will be his last.

Exciting feature: Check out the news exactly for you ➡️ find the “Recommended for you” block and enjoy!

“I feel very happy, to be able to achieve this, to complete my World Cup journey playing my last match in a final,” Messi told Argentine sports outlet Diario Deportivo Ole via Al Jazeera.

The Argentina captain added: “It’s many years until the next one and I don’t think I’ll make it. And to end like this, that is the best.”

Messi, keen to replicate Maradona’s 1986 feat, vowed to leave no stone unturned in what promises to be a showdown against either Morocco or France.

“We’re just one step away, having fought hard, and we’re going to give everything to try and make it happen this time.” 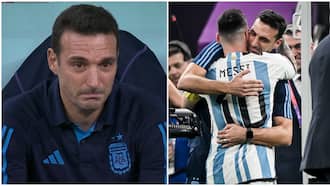 An inspired Lionel Messi scored from the penalty spot and Julian Alvarez struck twice as Argentina beat Croatia 3-0 on Tuesday to reach their second World Cup final in eight years.

The two-time world champions, backed by a large majority of the Lusail Stadium crowd, produced their best display of the tournament to ensure they meet the winner of Wednesday’s semi-final clash between holders France and Morocco in Sunday’s final.

Messi, 35, who suffered defeat to Germany in the 2014 final, is desperate to crown his extraordinary career by winning his first World Cup and bringing Argentina a third title to add to those won in 1978 and 1986.

Previously, Sports Brief reported that Luka Modric has put aside his national rivalry and disappointment to wish Lionel Messi the best of luck in the upcoming World Cup finals. 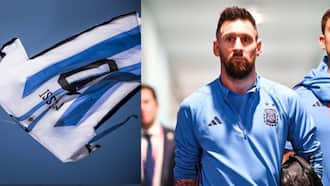 World Cup: Messi honored brilliantly in his hometown before the Croatia match

Messi’s Argentina dumped Modric’s Croatia on December 13 to qualify for their second final in 8 years.

Messi, in his usual superior form, opened the scoring from the penalty spot after Julian Alvarez had been hacked down in the penalty area.