Since taking Kratos to the realms of Norse mythology, the God of War series has become staggeringly more popular than it’s ever been. Sure, Kratos has been a mascot for the PlayStation, along with the likes of Ratchet and Clank, Cole MacGrath and Crash Bandicoot. But it’s very clear that turning the God of War series into a third-person hack-and-slash third-person action-adventure was a good choice for Santa Monica Studios.

Although the Norse saga is arguably the best series ever, with us and many others nominating God of War Ragnarok for 2022 Game of the Year, I’m disappointed that the TV series will use these modern games as its base . It was confirmed by Amazon that the God of War show will focus on the Norse games, and I think that’s a missed opportunity, as much of Kratos’ character development, and his actions, rely on the stories of the Greek saga.

Before we go any further, we are adding a spoiler warning here for the entire God of War series, including God of War Ragnarok. If you’re hoping to play through the entire series, look away now.

Kratos’ story in the Greek saga is undoubtedly a Greek tragedy. He is cursed to do the work of the Greek god of war, forever having the Blades of Chaos burned into his wrists. While he kills Ares and takes the throne, he is the black sheep of the gods, and despite actually being the son of Zeus (yes, the king of the gods), he is always burdened after killing his family under Ares’ influence.

He goes on a rampage, reviving the Titans and completely killing the Greek gods, but at the expense of the entire mythology. At the end of God of War 3, the entire world is in disarray, and all because of the pure rage of one man. It’s a chilling tale of how far revenge can take you. Missing important plot moments, like when Kratos accidentally kills his family, or when he kills Ares, or his father, are pivotal moments in his character development, and not seeing them in the context of the show can be detrimental.

When you put the Greek saga in perspective of the entire series, some moments in the Norse saga don’t have as much impact for newcomers. For example, Kratos saving Thor, despite the thunder god threatening everyone he loves, is a pivotal moment in the series. The Greek Kratos would have killed him without hesitation – something you wouldn’t get if stories from the Greek saga were left out. 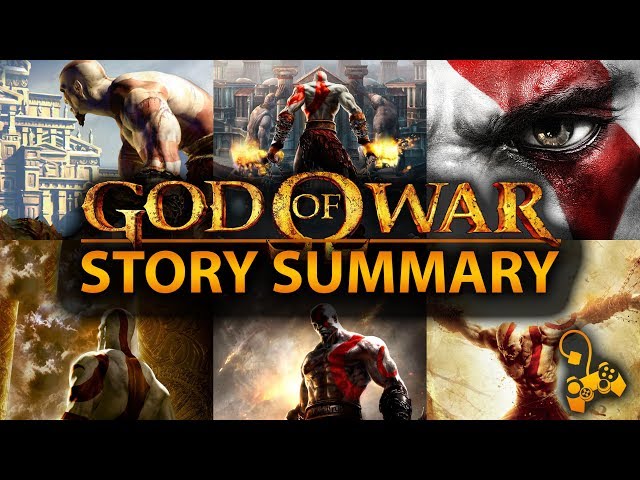 The recent God of War games certainly don’t rely on your knowledge of the games, but Kratos himself relies on his past from those games to justify his actions in the Norse saga. The best TV shows provide thoughtful and meaningful reasons for how these characters act, and putting some of Kratos’ key moments into a backstory or exposition would drastically detract from the experience. Some things are better to show than tell, and the Greek God of War saga is the perfect representation of that. I would even go so far as to say that there is no actor, except Christopher Judge, who can mimic the pain and torture Kratos can go through, without that prior knowledge.

Of course, if the God of War show is done well, the stories of the Norse saga should stand on their own two feet. But even with our God of War Ragnarok review praising the finale to the Norse part of Kratos’ story, missing out on Kratos’ Greek tragedy would be a tragedy. Kratos hasn’t forgotten his past, and neither should the showrunners.

Let’s at least hope that the God of War adaptation is a decent one, but with The Last of Us TV reviews praising the thoughtful and well-crafted version of the PlayStation video game, we think there’s some hope for everyone’s favorite Spartan .