These were not the streets of Doha, but we had been miraculously transported into the bowels of trance-like Rio de Janeiro. Brazil, according to veteran Thiago Silva “played the best football I’ve seen Brazil play” and put this contest out of Korea’s reach within the first 45 minutes.

The Selecao fans already had a clue of the party and had come dressed in their best – rainforest armadillos, men with colorful manes and women in colorful ensembles and even a yellow dinosaur from the Mesozoic era.

The goals came in a bounty and no one could have stopped this Brazilian bash. The unlucky Koreans were just in the wrong place at the wrong time.

The first goal was Raphinha’s creation as he stripped his opponent of the ball near the right touchline and ignored a tackle before centering it inside. A number of Brazilian bodies missed his delivery but Vinicius Junior was there, relatively unmarked, and he cheekily lifted it over the keeper who stormed out in vain to distract the Real Madrid forward. And when Richarlison was hacked, Neymar jogged, stopped and jumped to roll in the next as Kim Seung-gyu dived the other way. The night for Korea Republic looked long as the Brazilians’ attack created every geometric angle you could ever imagine. Brazil played on their own, the 11 at the other end mere mannequins to slip past during the Christmas shopping, and Richarlison bounced the ball like a head tennis and ran into the six-yard box. He put the third on the side when Casemiro’s return eluded others to reach his inviting feet. The Brazilians danced (even coach Tite) and this was not just the spinning of your hips, but a ballet where all the senses were tickled. Lucas Paqueta’s volley from a Vinicius pass completed the run in the first half as the Korean pocket behind his goal tried hard to lift his team’s spirits.

The fans were mesmerized by the magic of the football shamans and the game should have had the option of mercy killing to call this early and spare the helpless opposition.

But Son Heung-min soon tested Alisson as Korea came back with a little more purpose. And the debonair keeper saved again from Hwang Hee-chan who had aimed down the left. The Korean band with their drums finally had something to play for when Paik Seung-ho rocketed his long-range effort past Alisson, who had also been as brilliant as his outfield players. 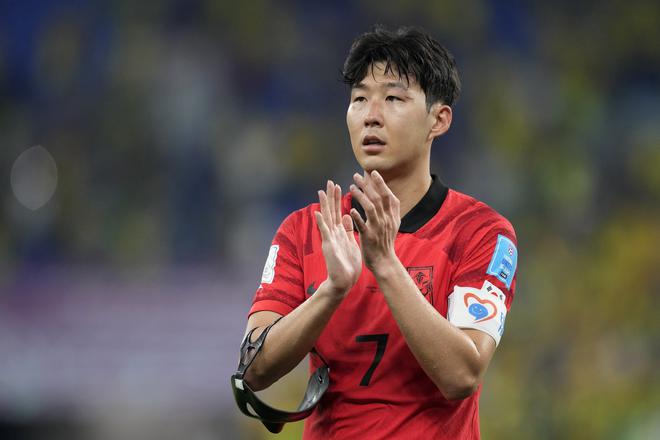 Korea in this second half had the chances to stretch this game, but Brazil’s recklessness was lacking in the game.

The Brazil team sent a message of love and support to the ailing king, and this was not the only banner that was unfurled in the end.