FEATURERS have issued an urgent warning to millions of Netflix users after it was announced they could “go to jail” for sharing passwords.

If you live in the UK, you might want to be careful who you give your Netflix password to.

A statement was issued by the country’s Intellectual Property Office (IPO) on December 19 saying that “accessing … apps without paying a subscription is a violation of copyright and you may be committing a crime.”

The IPO is working on a joint campaign with Meta encouraging people to avoid pirated and counterfeit goods online.

“Piracy is a major problem for the entertainment and creative industries,” the statement on the website said.

“Pasting internet images on social media without permission, or accessing movies, TV shows or live sporting events through Kodi boxes, hacked Fire Sticks or apps without paying a subscription is a copyright violation and you could be committing a crime .” 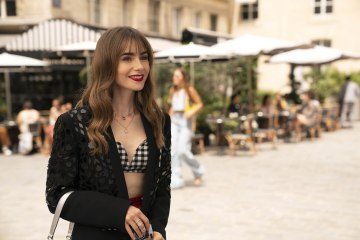 The law applies to sharing passwords on Netflix, but also extends to other platforms such as Amazon Prime, Disney+ and Apple TV+.

However, a spokeswoman for the IPO told Newsweek that “copyright law remains unchanged” and there are “a number of provisions in criminal and civil law that may apply in the event of password sharing where the intent is to allow a user to access copyrighted works without payment.”

“These provisions may include breach of contract, fraud or secondary copyright infringement depending on the circumstances.

“Where these provisions are provided in civil law, it will be up to the service provider to take action through the courts if necessary,” she added.

In Netflix’s case, it is the responsibility of the person who created the account and whose payment is charged for any activity that occurs on the account.

“We may terminate your account or place your account on hold to protect you, Netflix or our partners from identity theft or other fraudulent activity.”

Netflix announced in October that it would take a stronger stance against password sharing as subscriber numbers have declined.

Under UK law, primary copyright infringement refers to the illegal production of intellectual property, but the second type requires knowledge of the infringement, which includes knowingly sharing or using someone’s Netflix password.

“The digital era has ushered in an explosion of new streaming platforms and a golden age of television,” said Charles Rivkin, chairman of the Motion Picture Association.

“However, the openness has also led to challenges such as piracy and unauthorized access that compromise the intellectual property that supports content creators and the economic viability of their work.”